This morning we went to a Veteran’s Day ceremony in which our son’s Scout troop was participating along with the Young Marines and the Civil Air Patrol as they, along with the Veterans of Foreign Wars, honored those who have served and are currently serving in our country’s military. Following the ceremony, the Scouts retired two flags which had also done their service flying as a symbol for all that we celebrate.

These ceremonies hold a very special place in my heart as my dad served in the US Navy for thirty years, and then following his eventual retirement from paid employment, he and my mom spent the rest of their lives serving veterans and our community through the Fleet Reserve Association. The roots of patriotism run deep in our family who was here in this new land as settlers from its earliest days.

But our family is not alone in this. Even today we are praying for a friend who is an Army Chaplain and who has just left for his third deployment, serving both our God and our country. We are praying for him, his wife, those with him, and his first grandchild who will be delivered in his absence. 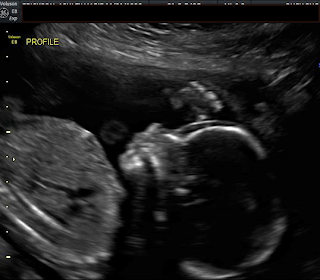 Driving home, as Robin told me of our friend sharing an ultrasound picture of his grandchild saluting veterans on this day, I thought of another valiant warrior and servant who was faithful over the long haul, one who was faithful in bringing to realization a new homeland. I wrote about this person in July, when our first grandson was born. This person, of course, is Caleb. Caleb was consistent in following after God from all that we read of him in Scripture, but this passage which follows describing him later in life is one that really shows what it is to be a valiant warrior and a faithful servant.

“Now these are the territories which the sons of Israel inherited in the land of Canaan, which Eleazar the priest, and Joshua the son of Nun, and the heads of the households of the tribes of the sons of Israel apportioned to them for an inheritance,” … “Then the sons of Judah drew near to Joshua in Gilgal, and Caleb the son of Jephunneh the Kenizzite said to him, “You know the word which the Lord spoke to Moses the man of God concerning you and me in Kadesh-barnea. I was forty years old when Moses the servant of the Lord sent me from Kadesh-barnea to spy out the land, and I brought word back to him as it was in my heart. Nevertheless my brethren who went up with me made the heart of the people melt with fear; but I followed the Lord my God fully. So Moses swore on that day, saying, ‘Surely the land on which your foot has trodden will be an inheritance to you and to your children forever, because you have followed the Lord my God fully.’ Now behold, the Lord has let me live, just as He spoke, these forty-five years, from the time that the Lord spoke this word to Moses, when Israel walked in the wilderness; and now behold, I am eighty-five years old today. I am still as strong today as I was in the day Moses sent me; as my strength was then, so my strength is now, for war and for going out and coming in. Now then, give me this hill country about which the Lord spoke on that day, for you heard on that day that Anakim were there, with great fortified cities; perhaps the Lord will be with me, and I will drive them out as the Lord has spoken.”” (Joshua 14:1, 6–12, NASB95)

Caleb impressed me because he did not see service to his God and his countrymen as something for the young alone. He remained committed even to his eighty-fifth year of life to go into battle to do what God had given him to do. On a more recent scale, I am also impressed with the example of my own father, who after serving faithfully for thirty years and officially being recognized as retired, chose to return back to others what he had been given in his earlier years through continued volunteer service.

A veteran is someone who has been there and done that. We have so many of them in our country who are to be remembered because of their military service, just as we have so many around us in our churches who have been faithful in serving our God.  Veterans are not people to be put on a shelf, but rather they are people who have gone where maybe we haven’t and to whom we can look in honor as we follow their example and learn at their feet.

I can only imagine how the sons and grandsons responded as they stood in Caleb’s presence when he made his declaration of commitment to go and do what Moses had commissioned him to do and what the Lord had instructed.

With citizenship in heaven and here in this country, I am truly thankful today as I reflect on the faithful veterans who have served both, and I pray for the salvation of those who serve our country and do not know our Lord. I also pray for endurance and safety for those in service to both God and country that they might remain faithful in their calling and resolute in the fulfilling of their duty to both.

As Christians our battle is not one which is seen, but that which is unseen, and we have a powerful and faithful God who has already won the war, now we just wait on the final battle.

“These will wage war against the Lamb, and the Lamb will overcome them, because He is Lord of lords and King of kings, and those who are with Him are the called and chosen and faithful.” (Revelation 17:14, NASB95)

…and the celebration which follows.

“Then I saw a new heaven and a new earth; for the first heaven and the first earth passed away, and there is no longer any sea. And I saw the holy city, new Jerusalem, coming down out of heaven from God, made ready as a bride adorned for her husband. And I heard a loud voice from the throne, saying, “Behold, the tabernacle of God is among men, and He will dwell among them, and they shall be His people, and God Himself will be among them, and He will wipe away every tear from their eyes; and there will no longer be any death; there will no longer be any mourning, or crying, or pain; the first things have passed away.” And He who sits on the throne said, “Behold, I am making all things new.” And He said, “Write, for these words are faithful and true.”” (Revelation 21:1–5, NASB95)
Posted by Joe Burgess at 3:43:00 PM